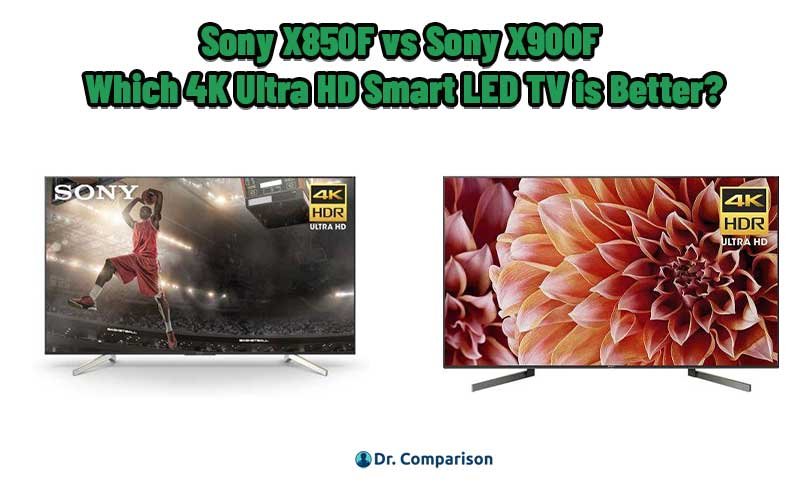 There are few brands of home entertainment devices as well-known as Sony. The company has stayed ahead of digital trends, technology and combined this to create some amazing TV screens high-definition screens.

Today, we are going to look at the Sony X850F vs X900F. There are various combo kits, some coming with a soundbar and/or a Blu-Ray Player. They both come in various sizes; however, we are going to focus on just the 85” TVs. We will look at their quality specifics, modern technology, and ease of use. You will be able to find a comparison chart for a quick recap and some pros and cons before our final verdict.

We will begin with what the Sony X850F and the Sony X900F have in common.

The following side-by-side chart has a quick overview of the Sony X850F and the Sony X900F.

The Sony X850F and the Sony X900F run on the Android operating system. The controls have a button that will take you straight to the Google Play Store.

The Sony X850F and the Sony X900F have built-in microphones so you can control the TVs with Alexa or Google Assistant. It’s difficult to imagine not finding the right output for your various devices. The Sony X850F and the Sony X900F come with Wi-Fi and Bluetooth version 4.1. On the back and sides, you will find an HDCP 2.3, X4 HDMI and HDMI ARC, a composite video, RS-232C, and RF. There is also a digital audio output, a headphone output and 3 USB ports.

With the Sony X850F and the Sony X900F, you will receive a table-top stand, an AC power cord, an IR blaster, a voice remote control with batteries and a quick setup guide.

The Sony X850F and the Sony X900F both come with a limited 1-year warranty.

There are still several differences between the Sony X850F and the Sony X900F, which we will look at now.

There is little difference in appearance, plus we are lacking specifics. The design of the stand is the same and they both have a thin black bezel. 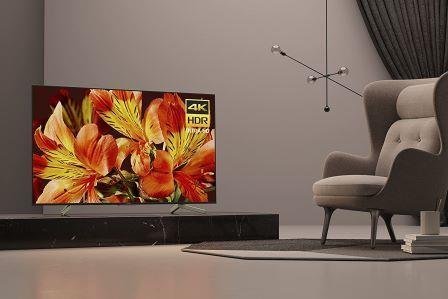 There is no information about the size and weight, although as it is also an 85” TV, we would assume it is similar.

Again, there are some similarities, but one TV has the edge. It is a 4K HDR TV and the HDR Processor Extreme X1 is more powerful.

The technology with these Sony TVs adds to the color, clarity, and motion.

TRILUMINOS is a technology that offers a wider palette of colors for vivid real-world colors. Object-based HDR remaster and Super Bit Mapping enhances the depth and textures of the colors. For clarity and sharp images, the TV has X-Reality Pro and finally, the Dynamic Contrast Enhancer adds to the color and clarity. Motionflow XR keeps the image quality, even in fast-moving action.

TRILUMINOS and 4K X-Reality Pro is the same. X-Motion Clarity is an advanced technology that not only keeps the picture clear in fast-moving scenes but also the brightness. X-tended Dynamic Range Pro provides 6 times the contrast of conventional LED TVs and you have the added advantage of Dolby Vision and IMAX.

We have included some pros and cons of the Sony X850F and the Sony X900F to help with the final decision.

You will notice the difference between the Sony X850F and the Sony X900F to other LED TVs. The colors are so rich, vibrant, and natural. The color contrast is excellent. The darker scenes are still easy to see the details. Both of the TVs have an awesome amount of technology which makes them worth the price tag.

It’s great that you can use your voice to control the TVs, especially as the remote control for both could be better. The same with the speakers, while they work perfectly well, you might want to hook them up to separate speakers so that the sound matches the quality of the picture.

Today’s winner is the Sony X900F. The is around a $300 price difference at the moment but we felt that it was worth it because of the enhanced motion during action movies, for gaming, and sports.